GT3: BUHK SEES OFF SLADE TO SET UP VICTORY 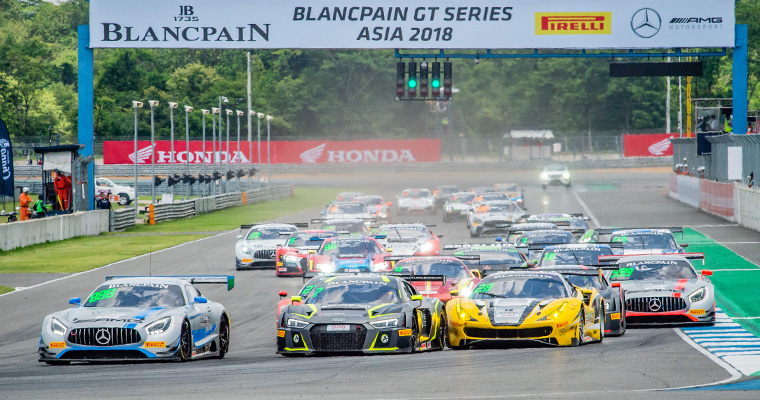 Buhk and fellow front row starter Tim Slade were separated by less than a tenth in qualifying and were also locked in battle for much of the opening stint. Adderly Fong initially jumped up to second but was back down to fifth by the end of lap one, leaving the Mercedes-AMG and HubAuto Corsa Ferrari to break clear together.

The German initially gapped his pursuer but by mid-stint Slade was right behind once more. For several laps the pair circulated together, the 488 GT3 ducking and weaving in its attempts to pass before falling back as the pit window approached.

GruppeM opted to stop as late as possible in the 10-minute window to give their Pro driver more time to build an advantage over the newly installed Ams behind. Mattschull duly emerged from the stops with a 14s lead, and although that was reduced before the chequered flag, he and Buhk still ran out comfortable winners.

Behind, HubAuto Corsa’s Pro/Am-entered Ferrari - now with Morris Chen onboard - slipped back after the pitstops when the Silver Cup crews began their charge. Chief among them was FFF Racing’s Lind whose co-driver Kodric had started and pitted from ninth. Lind’s rapid rise through the Pro/Am entries didn’t quite include Mattschull, who took the chequered flag 3.7s clear.

Liberati and Strauss came from even further back to complete the overall podium after the latter was issued with a drive-through penalty in the opening stint for exceeding track limits. He was back up to 15th by the time the pit window opened, before Liberati’s pace – and a number of penalties for others – over the final 30 minutes helped KCMG’s #23 GT-R take third.

That came at the expense of the team’s sister car, which lost out in the closing laps. Tsugio Matsuda put yesterday’s qualifying disappointment behind him by moving from eighth to third in the opening stint, after which co-driver Yuke Taniguchi engaged in an entertaining battle with first Hiroshi Hamaguchi and then Liberati.

Martin Rump and Franky Cheng were best placed of those serving a pitstop success penalty after the Absolute Racing duo overcome their five-second handicap for finishing third yesterday, while Nick Foster and Leo Ye Hongli completed the top-six despite receiving a drive-through penalty for exceeding track limits.

Absolute’s Anthony Liu and Josh Burdon were another crew to serve a penalty en route to seventh. They finished ahead of local hero Sandy Stuvik and Shae Davies in the first of Craft-Bamboo’s Porsches, which started 14th, and Marchy Lee/Alex Yoong’s Phoenix Racing Asia Audi.

Hamaguchi and FFF Racing co-driver Marco Mapelli looked on course for a remarkable result before a short pitstop and subsequent stop/go penalty consigned them to 10th. The Italian started 19th but, incredibly, was up to sixth by the time the pit window opened after 25 minutes. The short pitstop allowed Hamaguchi to emerge third, which for a short time became second at Taniguchi’s expense.

Elsewhere, yesterday’s winners Markus Pommer and Patric Niederhauser had a race to forget after their full 15s success penalty was compounded by a drive-through for an unsafe release during the pitstops.

It was a similarly frustrating day for AMAC Motorsport’s Andrew Macpherson and Ben Porter whose Lamborghini was a frequent visitor to the garage before being spun into permanent retirement by the JWD-Unixx Racing Team Porsche. That gave KCMG's Takuya Shirasaka and Naoto Takeda a clear run to the Am Cup victory.

GT4: RENGER DOES THE DOUBLE 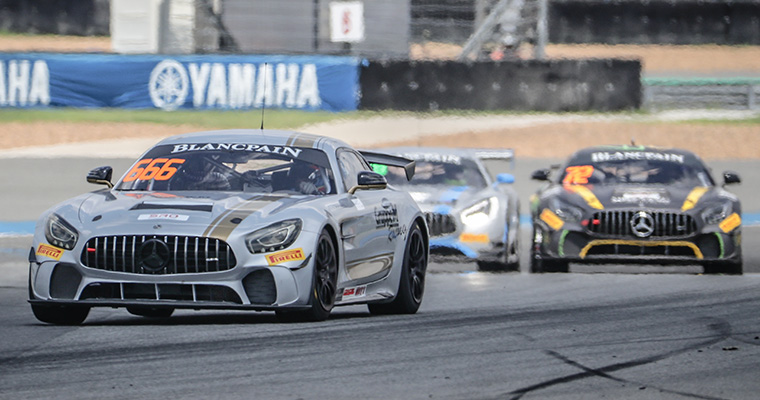 Renger started from pole but was initially overhauled by Studie’s Takayuki Kinoshita before reasserting his authority a lap later. The pair continued to run closely until the M4 was forced into early retirement with a technical issue.

That left Vannelet, who’d started last after iRace.Win’s qualifying exclusion, as GruppeM’s nearest rival. The Frenchman was sixth by the end of lap one and up to third just before the BMW retired. Second then became first after the pitstops when Renger’s 15s success penalty and further 7s for driving solo allowed Chong to leap ahead.

However, the Singaporean was unable to resist Renger during the second stint and ended up dropping back after being passed at the hairpin.

Maxi Buhk, #888 GruppeM Racing Mercedes-AMG GT3: “There were one or two moments where it was a bit close between myself and Tim [Slade] and I had to defend, but overall the car was great. GruppeM and Mercedes-AMG has done an amazing job preparing it. I guess when you lead from start to finish you can consider it the perfect race!”

Dennis Lind, #19 FFF Racing Team by ACM Lamborghini Huracan GT3: “It was pretty hot in there, maybe even hotter than Malaysia actually. So the overall condition of the tyres and brakes in those tough conditions was fantastic. The whole team has done an amazing job. My role against the Am drivers was a bit different to Martin [Kodric]’s in the first stint - he did very well to keep us in contention amongst the other Pros so I could do the rest. It’s a great turn-around after yesterday’s near-miss.”

Reinhold Renger, #666 GruppeM Racing Mercedes-AMG GT4: “That was unexpected, to be honest! The car was really stable from start to finish, even if I lost the lead at first. But once I got it back I knew I had to make some space to those behind so we had a chance of overturning the success penalty. I really like the track, and it’s great to see so many fans here this weekend, as well. It always feels better to do well in front of a big crowd.” 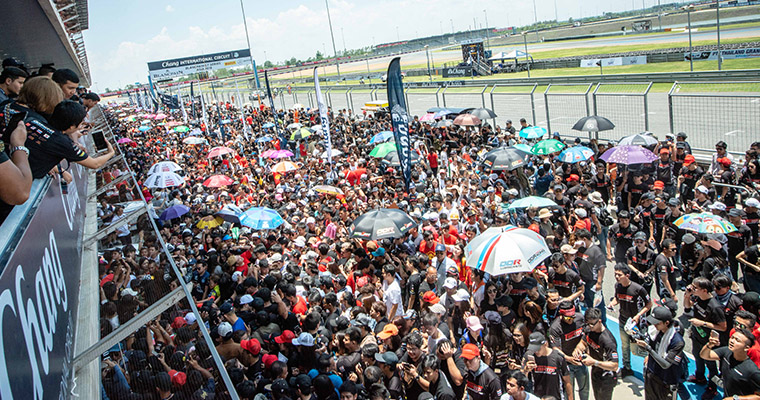