Prince Jefri Ibrahim and Nick Foster consolidated their place at the top of Fanatec GT World Challenge Asia Powered by AWS’s overall standings by battling to their second win of the season in Race 2 at Fuji today.

Triple Eight JMR’s Mercedes-AMG took advantage of CarGuy Racing’s Success Penalty after Foster fought his way from fifth to second in the opening stint. His co-driver, Ibrahim, then inherited a handy advantage and stroked it home to win by 7.8s.

In GT4, Team Scala made amends for yesterday’s disappointment by clinching a second win of the season. Tatsuya Tanigawa pitted from third and then watched on as Jun Tashiro clawed his way back into contention after serving a 10s Success Penalty. The bright orange Mercedes-AMG made up 20 seconds before passing Team GMB and Koshido Racing in the closing stages.

Yes, Triple Eight JMR’s victory owed something to CarGuy’s Success Penalty. But it was Foster’s back-to-front first stint that put the team in a position to capitalise.

While Cozzolino converted pole into a small but comfortable lead, the Australian was focused on retaking the places he’d lost at the start. Lining up third but completing the first lap in fifth, he was initially content to follow team-mate Jazeman Jaafar who was hustling Yogibo Racing’s Kiyoto Fujinami.

The same squabble allowed Foster to pick his moment and pass both within the space of a lap before setting off after Tomonobu Fujii who was keeping tabs on Cozzolino ahead. The Mercedes-AMG quickly caught D’station’s Aston Martin but struggled to pass the resolute Japanese driver.

Meanwhile, Jaafar – who caught up with his team-mate after passing Fujinami – was black flagged for ignoring a jump start drive-through penalty. He peeled into the pits just as Foster moved up to second by forcing his way down the Vantage’s inside along the start/finish straight.

Their battle had allowed Cozzolino to edge 7.2s clear, but Foster managed to claw back a second of that before both drivers pitted at the end of the 10-minute window. Sure enough, CarGuy’s Success Penalty dropped Kimura behind Ibrahim who emerged with a handy lead.

It grew further soon after when Kimura came under pressure and was then passed by both Plus with Team BMW Studie’s M4 and Porsche Center Okazaki’s 911. Seiji Ara and Kamimura had earlier been part of the top six’s nose-to-tail train headed by Fujii who lost part of his diffuser amid contact with Ara. Now, each crew’s respective Ams – Tomohide Yamaguchi and Nagai – were up to second and third at CarGuy’s expense.

Whether the BMW could catch Ibrahim became irrelevant soon after when the team was handed a one-second stop-go penalty for a short pitstop. Instead, it was left to Nagai who almost halved his initial 12-second deficit over the final 20 minutes en route to second overall and Fanatec Japan Cup victory.

Studie’s penalty elevated Cozzolino and Kimura back on to the outright podium, and also helped extend their Fanatec Japan Cup championship lead. The latter took the chequered flag just 0.091s ahead of Naoki Yokomizo whose rapid second stint saw Yogibo recover some of the ground Fujinami lost against the lighter Pro-Am cars, and then when the Ferrari served its 10-second Success Penalty.

The first half of the race was all about yesterday’s winners Koshido Racing and, specifically, Hiranaka who had converted pole position into a 10-second lead by the time the pit window opened after 25 minutes.

Behind, Team GMB’s Hosokawa was on the move immediately after his Mercedes-AMG failed to set a representative time in qualifying. Starting last, Suzuka’s race winner was already up to second by the beginning of lap two and maintained a comfortable advantage over Tanigawa until the driver changes began.

Success Penalties for the first and third placed cars allowed Team GMB’s entry – now in Hatano’s hands – to emerge 4.6s ahead of Sato while Tashiro was 20 seconds in arears. The trio’s relative pace meant Sato caught and passed Hatano during the final 10 minutes but wasn’t far enough ahead of Tashiro to retain the lead for long. Indeed, Scala’s Mercedes-AMG – which overtook Hatano soon after Sato had – was on the Toyota’s tail in no time and slipped through with five minutes remaining.

GTO Racing’s Mercedes-AMG qualified third but spent the rest of the race in fourth thanks, partly, to its Success Penalty. The car shared by Brian Lee and Hideto Yasuoka came home ahead of Akiland’s Toyota.

Fanatec GT World Challenge Asia Powered by AWS and the Fanatec Japan Cup both now move on to Sportsland Sugo for the second half of 2022’s campaign. Rounds seven and eight take place on August 19-21. 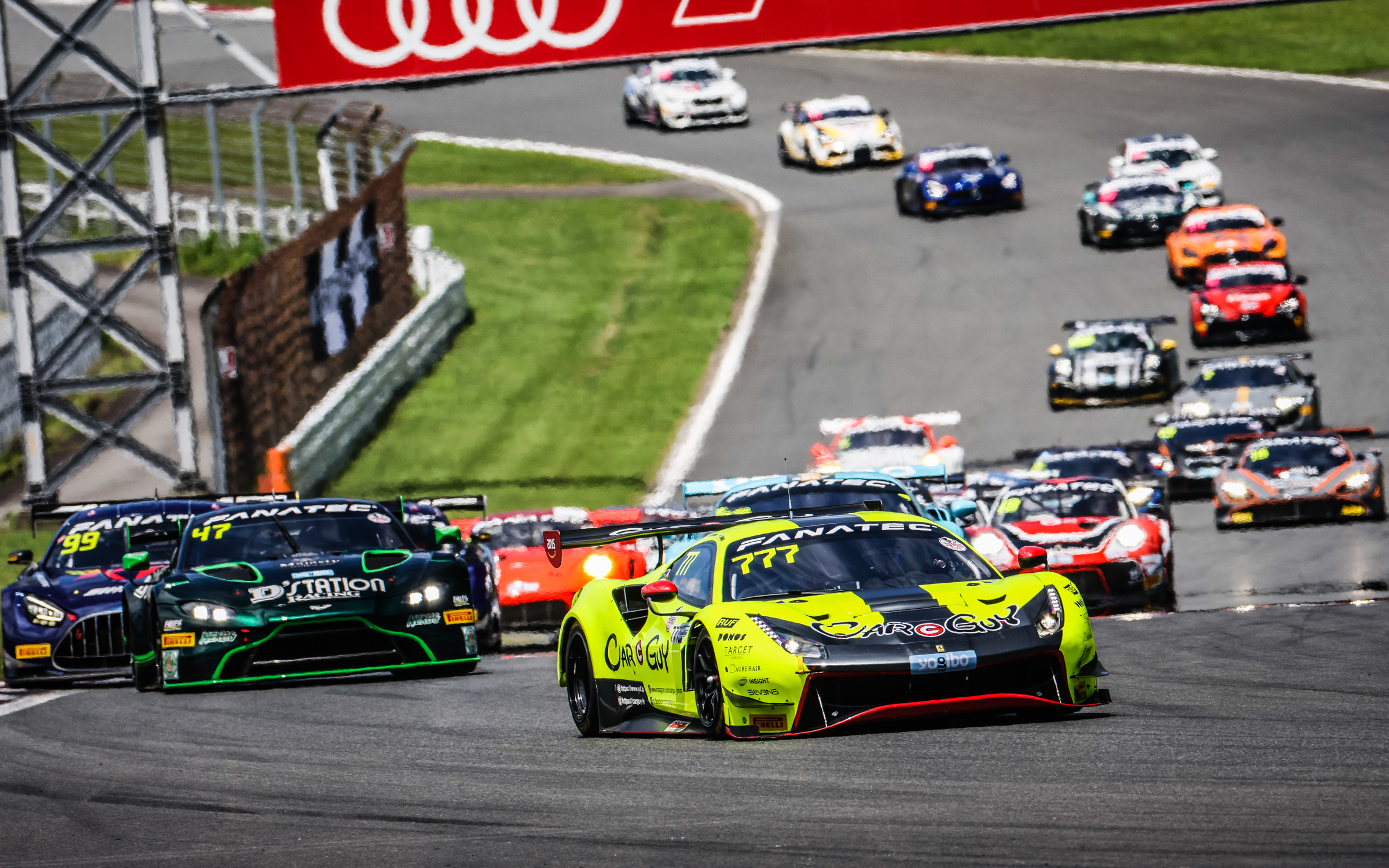