FFF Racing Team by ACM and Lamborghini capped a memorable Blancpain GT Series Asia campaign at Ningbo earlier this morning by wrapping up four GT3 titles. A third victory of 2018 was more than enough for Dennis Lind and Martin Kodric to claim the Overall and Silver Cup crowns, while Hiroshi Hamaguchi and Marco Mapelli’s Pro/Am success also helped the Chinese squad celebrate the Teams’ title.

Dennis Lind and Martin Kodric ultimately ran out comfortable race and championship winners, but it could have been very different had separate issues not befallen their two remaining championship rivals during a tense final 60-minute race of the season at Ningbo.

The first significant development occurred just before the pit window opened when Patric Niederhauser’s championship-chasing GruppeM Mercedes-AMG retired from fourth place with broken rear suspension. 22 points behind with 25 to play for at the start of the race meant the Swiss had no choice but to win while hoping other results went his way. Instead, he would end the campaign third overall.

The spotlight then shifted to Kodric who pitted from seventh at the first time of asking. Lind subsequently emerged right in front of Foster, who had delayed his own stop by two laps in an effort to make up some of the impending 15s pitstop success penalty he and Jono Lester were due to serve. Instead, the pair touched numerous times before the Australian peeled into the pits.

Incredibly, Lester re-joined 16s ahead of the Lamborghini before immediately overtaking some of the slower Am drivers ahead. For a time the provisional order and points suggested a grandstand finish was in prospect, but HubAuto’s pitstop was soon under investigation and ultimately found to be 14.5s too fast. When the subsequent stop/go penalty was also served under time, which necessitated a second stop, Foster’s championship chances appeared well and truly over.

By that point Lind had also picked his way through the GT3 Am contingent, which included a brave move around Liu for second place amongst traffic. First wasn’t necessary to secure the title, but that’s exactly where the Lamborghini finished after Mattschull’s 22s lead was wiped out by a late fuel issue that stranded the Mercedes-AMG.

Liu, whose co-driver Picariello initially made up ground after starting eighth, held off a charging Roelof Bruins over the final laps to finish ahead of Indigo Racing’s Mercedes-AMG, which served an additional five seconds in the pits after also claiming a podium yesterday.

Franky Cheng and Martin Rump overcame their success penalty to end up fourth, Shaun Thong and Jordan Pepper fought through from last to fifth aboard Phoenix Racing Asia’s #6 Bentley, and Andrew Kim and Adderly Fong ensured all three Absolute Audis featured in the first half-dozen finishers. 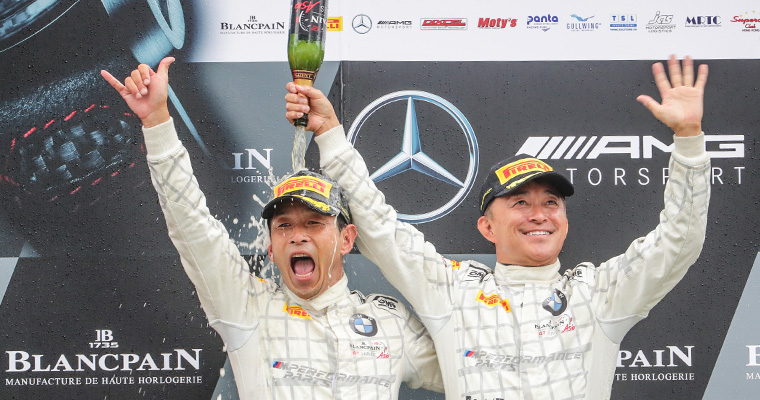 With the title decided yesterday, all eyes were on the fight for second in the standings between BMW Team Studie pairing Sunako Jukuchou and Takayuki Kinoshita and Team iRace.Win’s Ringo Chong. The position ultimately went the Japanese duo’s way after claiming their fifth win of the year.

In truth the lack of a pitstop penalty compared to their rivals always made Team Studie favourites, and especially so considering Kinoshita started on pole. From there he and Jukuchou were never troubled en route to a comfortable win.

Dennis Lind, #19 FFF Racing Lamborghini Huracan GT3: “It was quite emotional at the end because this year was the first time that I’ve really felt the full support of Lamborghini, who have pushed me harder and expect good results. There’s been a lot pressure to perform at our best, which is something you have to find ways of managing. I’ve also been racing in Super Trofeo where the same pressure exists. Maybe I put a lot of pressure on myself to perform, so on the slowing down lap perhaps some of that came out!”

Sunako Jukuchou, #81 BMW Team Studie M4 GT4: “It’s been a good season and we have been very competitive over the second half of the year but maybe things got away from us at the start while the team familiarised itself with the championship and regulations. But overall we can be very happy to finish second having scored so many pole positions and wins. We will be back next season to try and win the championship.” 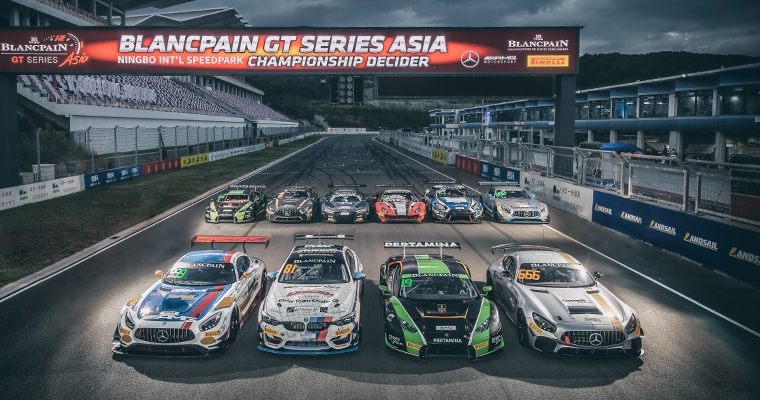