One of five crews will be crowned Blancpain GT World Challenge Asia champions next weekend (September 27/28) when the 2019 campaign concludes at China’s grand prix venue: the Shanghai International Circuit.

Meanwhile, the GT4 crown appeared to be settled in Yeongam where BMW Team Studie’s Takayuki Kinoshita and Sunako Jukuchou extended their lead beyond the magical 50-point mark. However, they will now race independently next weekend to decide which ultimately takes home the 2019 Drivers' Championship.

Elsewhere, no less than 11 of next weekend’s 29 entries have been submitted by Chinese teams, while 13 drivers will be eager to win on home soil.

Another weekend of success and consistency helped MG Choi re-gain the championship lead from Tanart Sathienthirakul and Philip Hamprecht in Korea where a third win of the season was backed up by a fourth place finish.

Indigo’s Mercedes-AMG, which also features Manuel Metzger, thus collected 37 points to the Absolute Racing Porsche’s 19 – enough to not only overturn the previous deficit but establish a handy advantage without incurring a Pitstop Success Penalty for next weekend’s opening race.

Sathienthirakul and Hamprecht must therefore beat Choi in a straight fight on Friday if they’re to apply some overnight pressure.

HubAuto Corsa’s Yuya Sakamoto faces a similar task. The Japanese driver is the only title contender yet to win in 2019, a statistic he will likely have to change at some stage in Shanghai to have any chance of overturning the current 19-point deficit. The team achieved exactly that at the same venue 12 months ago, suggesting the Ferrari has the pace to keep up the pressure on its Mercedes-AMG and Porsche rivals ahead.

Sakamoto is joined on 118 points by Vutthikorn Inthraphuvasak whose victory in Korea ensures he and Panther/AAS Motorsport co-driver Alex Imperatori are hamstrung by a 15s Success Penalty on Friday. Instead, their primary focus will be on beating VSR’s Alex Au and Frederik Schandorff to the Pro/Am crown. The Lamborghini duo lie 33 points behind with 50 still up for grabs.

Metzger and Imperatori are next in the overall standings after both missed a round. However, with their respective co-drivers ahead in the points, the final crew to retain a mathematical chance are Audi Sport Asia Absolute Racing’s Weiron Tan and Martin Rump who would have been closer than their current 47-point deficit without the penalty that denied them victory in Korea. They now have no choice but to win both races – something that has happened only once in series history – to stand any chance of featuring in the title shake up.

One title no longer going down to the wire next weekend is GT3 Am where AMAC Motorsport’s Andrew Macpherson and Ben Porter have been confirmed as champions. However, they still face stiff local opposition for class victory from Zun Motorsport Crew and Phantom Pro Racing, which have each entered all-amateur line-ups, as well as iRace.Win, which graduates from the GT4 class with a gentleman crew of its own.

Elsewhere, Zun’s two-car commitment also includes a Mercedes-AMG for Adderly Fong and Josh Burdon who both return to the championship for the first time since last season. 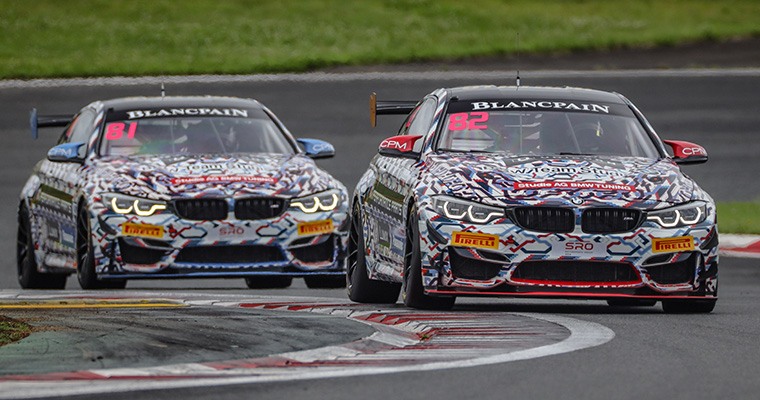 Initially, Takayuki Kinoshita and Sunako Jukuchou were crowned champions in Korea after establishing a 69-point lead over their nearest rivals. Only by splitting the Japanese pair would the title race suddenly and quite unexpectedly be reignited.

Well, guess what? That’s exactly what’s happened ahead of next weekend’s finale where Kinoshita and Jukuchou will each drive a different BMW M4 solo! Barring identical results across both races, only one of them will be crowned champion on Saturday.

Special circumstances call for special rules. Winning Race 2 in Korea means both will serve their mandatory 15s Success Penalty on Friday. However, championship regulations also state drivers competing alone must remain stationary during their pitstop for an additional seven seconds while getting out and climbing back into their car.

With both therefore serving 22s handicaps on Friday, the stage is set for another of the class’ four entries to shine.

Team iRace.Win’s Setiawan Santoso and Ringo Chong currently occupy second in the standings, but only by five points from Jean-Marc Merlin who’s joined by Douglas Khoo at Craft-Bamboo next weekend. Merlin might have still been in title contention without skipping Korea but will now be focused on claiming a third win of the season.

Behind, Brian Lee and Tony Fong still await their first-ever GT4 victory. The GTO Racing with TTR pairing has been close on several occasions this year and will never have a better chance than in Race 1 this Friday when Team Studie’s BMWs battle to make up lost time.

Mercedes-AMG leads Ferrari following Europe’s latest round at Hungaroring two weeks ago. The German manufacturer now has 12004 points compared with the Italian marque’s 8525. However, these totals will change this weekend when Road America hosts the latest round of Blancpain GT World Challenge America.

Unrestricted live coverage of races one and two plus qualifying is available on www.gt-world-challenge-asia.com, while the same coverage will be streamed live on the championship’s Facebook page and SRO’s GT World Youtube channel. 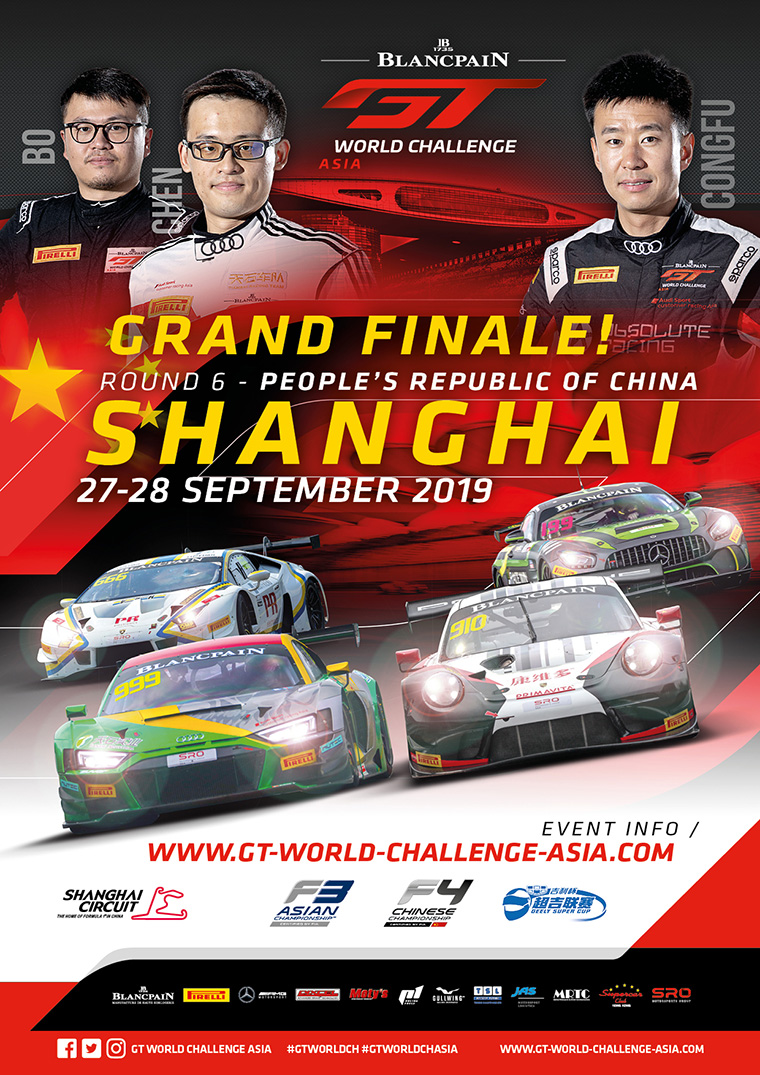