Naoki Yokomizo and Earl Bamber have each claimed a pole position for the Fanatec GT World Challenge Asia Powered by AWS season opener at Sepang after topping their respective qualifying sessions this morning.

The sole Silver class entry, albeit one carrying extra ballast, was always favourite to claim pole against the amateur drivers, and so it proved. However, Yokomizo was pushed hard by D’Silva who lapped just 0.182s slower than the Ferrari.

The Japanese driver set Yogibo’s fastest lap – 2m07.686s – at the start of the 15-minute session before returning to the pits early, which gave the likes of D’Silva, Prince Abu Ibrahim and Setiawan Santoso a stationary target time to aim for.

All three chipped away at their PBs as Q1 progressed but it was EBM’s #11 Porsche that emerged as the greatest threat to Yozomizo’s pole. D’Silva’s first effort relieved Ibrahim of second place before his next attempt fell less than two tenths shy of the Ferrari’s time. The Malaysian then went fastest of all in the first sector but couldn’t improve on his previous best overall time.

His team-mate Santoso threatened to make it a EBM two-three but was pushed back to fourth by Ibrahim when Triple Eight JMR’s younger prince improved midway through the session. His brother, Prince Jefri, then looked odds-on to start alongside until Santoso improved just as the chequered flag flew.

David Pun was the best of the Audi drivers in sixth, although the Elf Bar Racing Team X Works R8 finished just seven tenths down on third place.

Bamber had already served notice by setting the fastest time across testing and practice, and he duly delivered on that potential by lapping eight tenths faster than anyone else in qualifying.

Both of the EBM Porsche’s consecutive laps were fast enough for pole, but it was the 2m05.575s that now stands as the weekend’s quickest.

Shaun Thong (Elf Bar Racing Team X Works) and Reid Harker (EBM Giga Racing) spent the first half of the session contesting the other front row grid slot. But it was Triple Eight JMR’s two Mercedes-AMGs that ultimately stole second and third after Jaafar and Nick Foster waited until the end of Q2 before setting representative lap times.

Jaafar whittled away at Bamber’s time to end up 0.826s adrift while Foster finished a further four tenths back, as well as a shade quicker than Harker who edged Thong for fourth.

The first Fanatec GT World Challenge Asia Powered by AWS race of the weekend – and since September 2019 for that matter! – gets underway at 15:15 MYT (GMT +7). Watch it live on SRO’s GT World YouTube channel. 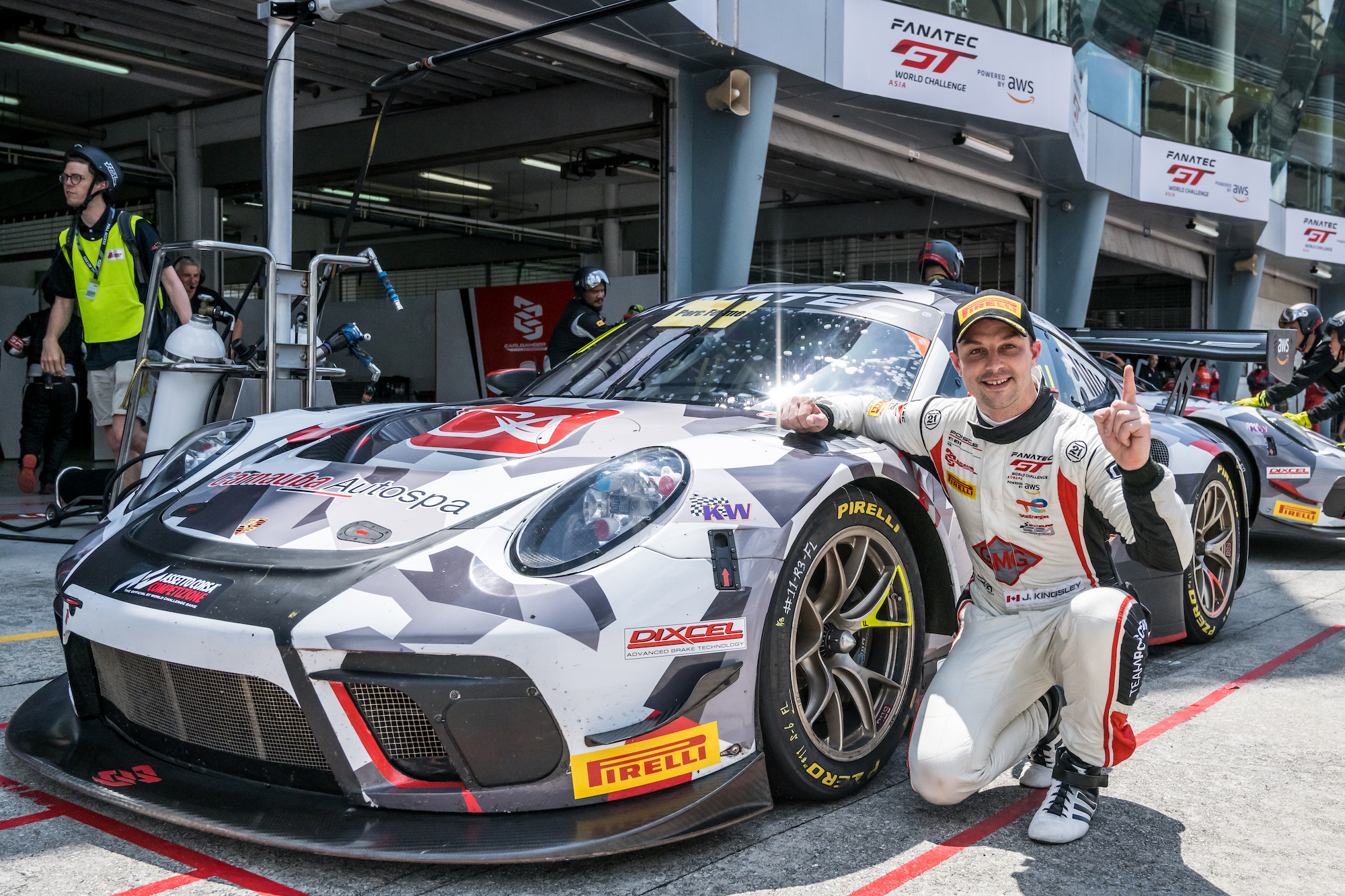