EBM Giga Racing’s Porsches shared by Adrian D’Silva and Earl Bamber, and Setiawan Santoso and Reid Harker – who set fastest lap – completed the podium at the expense of Yogibo’s pole-winning Ferrari, which lost its seven-second lead due to a slow tyre change.

Naoki Yokomizo led the field into Turn 1 and proceeded to pull away from a chasing pack initially headed by Prince Abu Ibrahim who, along with David Pun and Yasser Shahin, jumped D’Silva’s front row starting Porsche on the opening lap.

The Ferrari’s extra Silver class ballast didn’t prevent Yokomizo from establishing a seven-second lead over the chasing Am drivers before the pit window opened, although his cause was undoubtedly helped by two of the leading contenders hitting trouble. Prince Abu Ibrahim made an unscheduled pitstop to remedy a mechanical issue while Pun retired on-track as a result of damage sustained during a clash with D’Silva.

That left Shahin’s Audi Sport Asia Team X Works entry as the Ferrari’s primary rival, and the Australian was able to peg the gap at seven seconds before handing over to Sandy Stuvik as soon as the pit window opened.

Prince Jefri Ibrahim, meanwhile, trailed the Audi by seven seconds when he pitted on the same lap. But Triple Eight JMR’s smart pit work ensured their Mercedes-AMG re-joined right on Stuvik’s tail and was in a position to pass halfway around the same lap. Foster duly obliged.

Back at the front Yogibo’s Ferrari should have emerged from its stop with at least some of its advantage intact. But a tyre change dropped Shogo Mitsuyama not only behind Foster and Stuvik but also EBM’s Porsches that had run fourth and fifth in the hands of D’Silva and Santoso before pitting.

That became second and third by the chequered flag after Stuvik – who was passed by Bamber – retired his Audi.

Harker’s fastest lap underlined the 911’s pace, while Bamber chipped away at but never threatened Foster’s lead despite driving with bent steering – a consequence of the car’s earlier contact.

Mitsuyama initially went wheel-to-wheel with Ben Porter in AMAC’s Am class Porsche before easing clear to finish fourth ahead of the 911 and Jazeman Jaafar whose Triple Eight JMR Mercedes-AMG lost almost a lap due to Ibrahim’s early unscheduled pitstop. 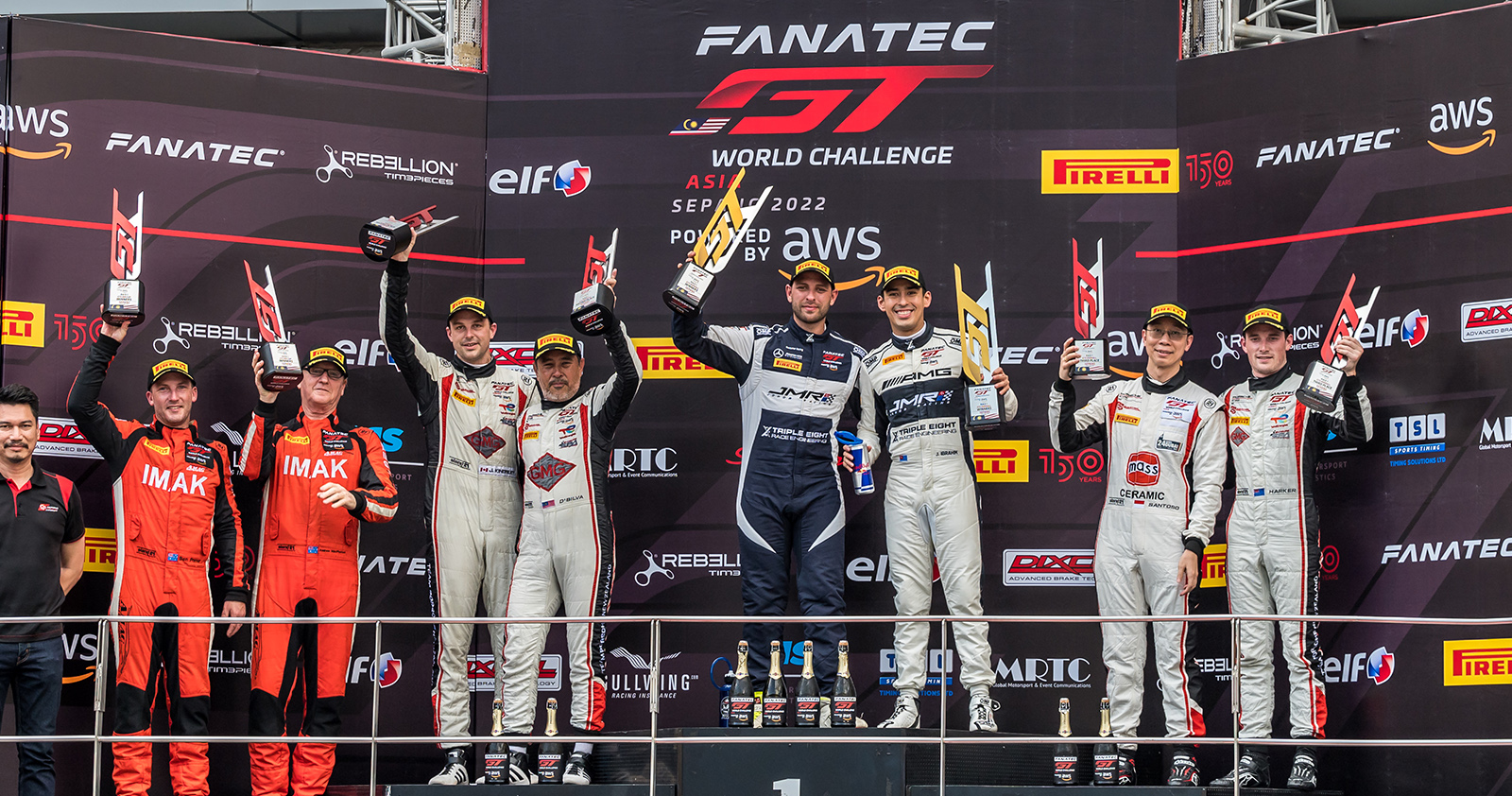