The first of back-to-back Fanatec GT World Challenge Asia Powered by AWS events takes place this weekend at Suzuka International Circuit where 17 of the 25 entries will also contest the all-new Fanatec Japan Cup.

Races three and four of the regular pan-continental campaign are then followed seven days later by two more 60-minute contests in the foothills of Mount Fuji, which has attracted several more local teams and drivers.

But before then the focus is squarely on Japan’s Formula 1 venue – a circuit SRO Motorsports Group hasn’t visited since the last pre-pandemic Suzuka 10 Hours was held in 2019.

That long period of time and Pirelli’s new-for-2022 DHF tyre, which makes its Fanatec GT World Challenge Asia debut this weekend, ensures that every team – including those full-season entrants that contested rounds one and two at Sepang – start from scratch when testing begins on Thursday.

The first of this year’s four Fanatec Japan Cup rounds has attracted a much larger entry than on the opening weekend in Malaysia. 17 GT3s spanning nine different manufacturers will battle for outright victories and points, the GT4 class returns for the first time since 2019 with seven cars, and there’s a single invitational entry featuring a reigning champion.

What’s more, 17 cars across those three categories are eligible to score points counting towards the new Fanatec Japan Cup – a championship within a championship reserved for local teams featuring all-Japanese driver crews.

The GT3 entry does not include current drivers’ championship leaders Adrian D’Silva and Earl Bamber who claimed a victory and second place on their only scheduled outing of the season first time out at Sepang. Instead, EBM’s Porsche switches from Pro-Am to Silver with the arrival of experienced Thai duo Tanart Sathienthirakul and Kantadhee Kusiri.

One of them, Prince Jefri Ibrahim, lies second in the standings after clinching his maiden victory at Sepang alongside Nick Foster. With D’Silva/Bamber not due to return, Triple Eight JMR’s best placed crew will be focused on extending their slender advantage over Setiawan Santoso/Reid Harker (EBM) and team-mates Prince Abu Ibrahim/Jazeman Jaafar, both of whom have Success Penalties to serve in Suzuka’s first race.

However, scoring points this weekend will be far harder than in Malaysia thanks to the nine additional GT3 entries, all of which boast significant local knowledge. Some of them, like BMW Team Studie, ABSSA Motorsport, Porsche Centre Okazaki, D’station Racing, LMcorsa and CarGuy Racing, can also call on their previous Fanatec GT World Challenge Asia experience.

There are also several big names, including the aforementioned Fujinami, amongst this weekend’s 31 Japanese drivers.

The country’s first Le Mans 24 Hours winner, Seiji Ara, remains with his Super GT outfit, BMW Team Studie, who enter a new M4 GT3, while FIA WEC co-drivers Satoshi Hoshino and Tomonobu Fujii once again join forces at D’station. Hiroshi Hamaguchi makes his first series appearance since clinching the Am class title in 2018, Kei Cozzolino and Naoki Yokomizo – now rivals – can both add to the outright victory they achieved together at Fuji in 2017, and the familiar duo of Hiroaki Nagai/Yuta Kamimura will be hunting their maiden outright win at a venue where they finished third overall and first in Pro-Am three years ago.

Seven GT4 cars split across the Am and Silver-Am categories are fighting for overall honours this weekend, while six are also eligible for Fanatec Japan Cup points.

The only entry not bidding for local honours is GTO Racing whose line-up features Brian Lee. The Taiwanese driver, who was a GT4 podium finisher with the team in 2018 and ’19, is joined by Hideto Yasuoka – a driver whose two previous Fanatec GT appearances came in 2017.

The class’ six other teams and 12 drivers all make their series debuts.

There is also a single invitational entry this weekend: reigning GT4 champion Sunako Jukuchou, who won the last title to be contested in 2019, will race BMW Team Studie’s M2 CSR alongside Masayuki Ueda. 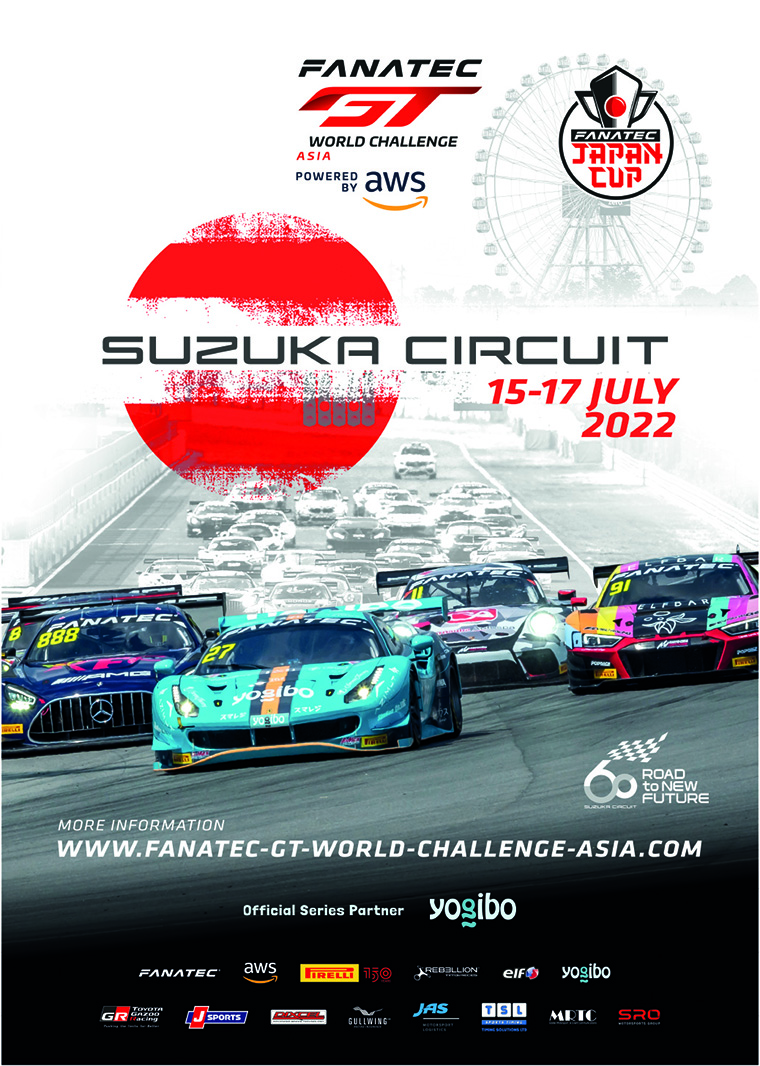