The company’s logos will appear on all 30 GT3 and GT4 cars contesting rounds three and four of the 2018 campaign in Buriram this weekend, as well as at this season’s remaining events scheduled for Suzuka, Fuji, Shanghai and Ningbo.

Moty’s is well known in its native Japan for producing cutting edge performance lubrication technology at a time when the oil industry and consumers both seek greater efficiency. Its specialist Hyper Lubricant Technology is available for both everyday and motorsport purposes.

The company’s logos, set to appear prominently along the bottom of both door sills on each car, will sit alongside those of another Japanese motorsport partner, Dixcel, whose Blancpain GT Series Asia relationship has also helped to increase the advanced brake technology specialist’s regional footprint since 2017.

Benjamin Franassovici, Blancpain GT Series Asia Championship Manager: “Blancpain GT Series Asia provides an ambitious but largely domestic company like Moty’s with the ideal pan-continental promotional platform at a time when ever more Japanese companies, teams and drivers are looking beyond their traditional motorsport heartland. On behalf of everyone at SRO, I’d like to welcome Moty’s onboard at the start of what I’m sure will be a long and fruitful partnership.” 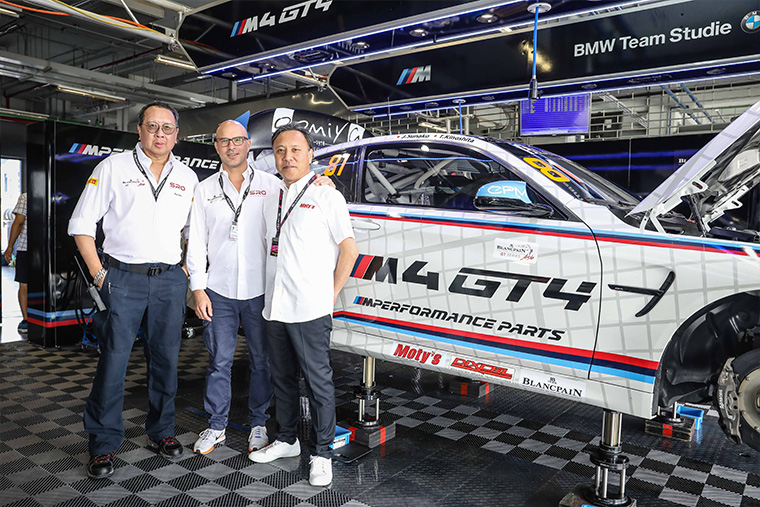