> Temple of Speed welcomes teams from across the continent
> Entry list: Monza 3 Hours

The three-hour season opener is followed by the Bathurst 6 Hours on November 13 before the rescheduled Suzuka 10 Hours – originally postponed due to a global server issue – rounds out the campaign on November 27.

Saturday sees 17 entries take on Italy’s Temple Of Speed where, unlike the virtual championship’s longer events, two drivers share each car. Stint lengths lasting a maximum of 65 minutes ensure crews will make at least two pitstops, while no single driver may exceed 135 minutes behind the wheel.

VRS Coanda Simsport and Dayne Warren dominated this year’s Sprint Series but are absent from the Endurance competition. Instead, a cast of familiar names and teams will be attempting to replicate the feat of Andrew Laurenson and Laundry House who became the only other combination to taste Sprint victory two weeks ago.

And with just three Endurance rounds to contend, a top result at Monza is essential to winning a share of the championship’s €15,000 prize fund.

VRS Coanda might be missing but the rest of Monza’s entry reads like a who’s who of Asia Esports regulars.

Chief among them is Legion of Racers’ Andika Rama Maulana and Dillan Tan, a formidable partnership that finished second and third in this year’s Sprint standings. However, that was at the wheel of Ferraris, which have been traded in for a Mercedes-AMG. Maulana won 2020’s drivers’ title using the same equipment, but will that previous form translate to the long-distance arena?

Tan shared third in the Sprint standings with Suzuka winner Andrew Laurenson who’s joined at Laundry House this Saturday by another of the championship’s fastest drivers: Philippa Boquida. Neither campaigned the Mercedes-AMG this year but, just like Legion of Racers, make the switch in time for the enduros.

Both of JMX Phantom’s drivers, Fadhli Rachmat and Avila Bahar, finished in the top-10 of this year’s Sprint standings and are paired together in the latter’s favoured GT3 car: the McLaren 720S. That might come as a surprise given Rachmat finished as the second-best Bentley driver in fifth overall behind the all-conquering Dayne Warren.

But there is still four Continental GT3s on the entry, two of which are entered by The Academy whose driver roster includes Asia Esports race winner Mia Rose.

Kelvin Chen’s speed wasn’t always rewarded with Sprint points this season but he returns with Full Pace Racing who are Ferrari’s sole representative on home soil at Monza. Co-driver KuiSheng Huang has raced the 488 GT3 throughout 2021.

There are also two Hondas, one of which is overseen by HPD’s official sim racing squad.

At Monza entries must comprise two drivers each of whose total drive-time across the three-hour race cannot exceed 135 minutes. 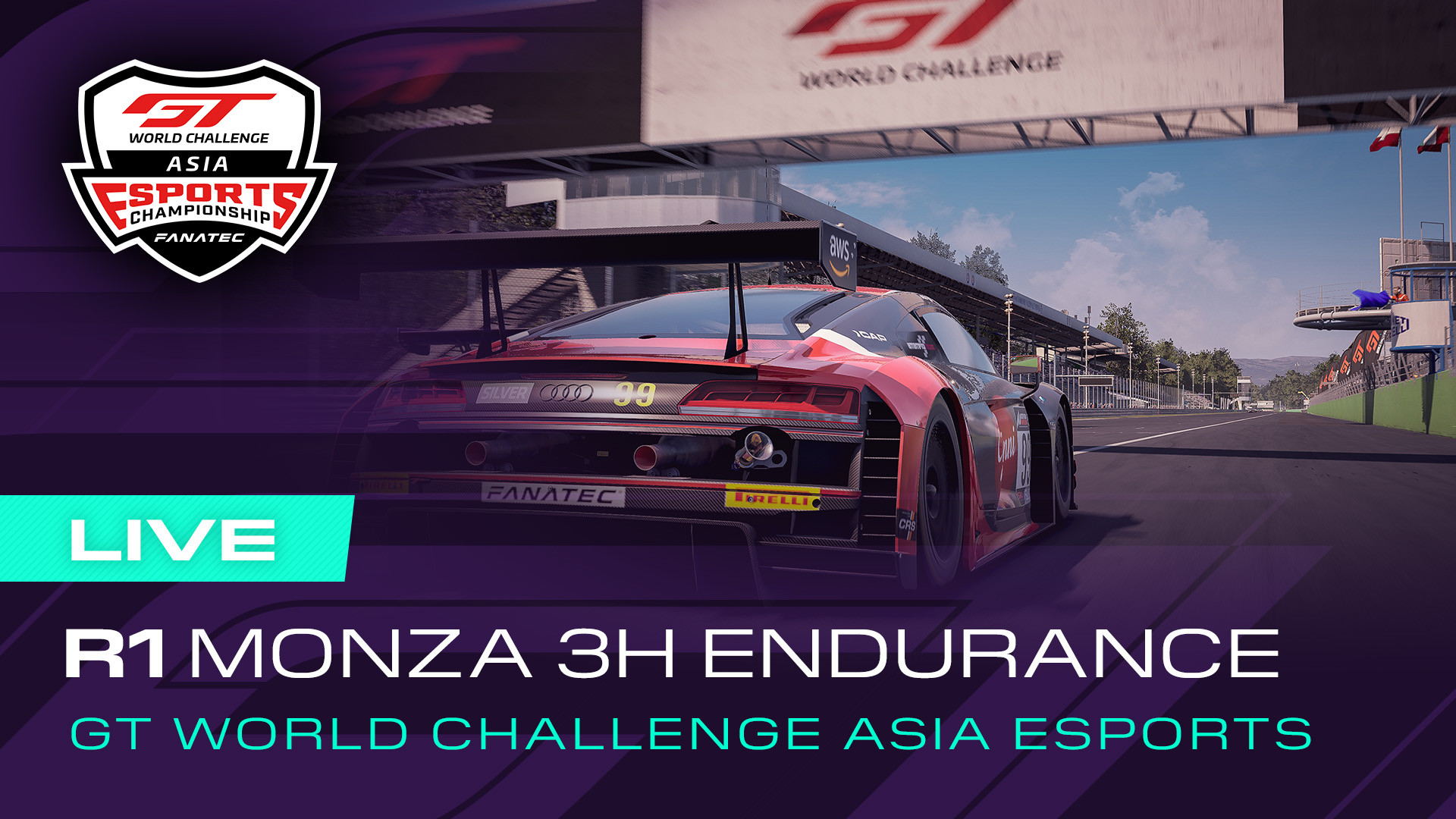