Full Pace Racing’s Ferrari duo, who are joined for the Bathurst 6 Hours by ZhaoJie Zheng, beat Fadhli Rachmat and Avila Bahar (JMX Phantom, McLaren) by just 0.2s in a thrilling finish at Monza two weeks ago to establish a seven-point lead atop the standings.

However, the 488 and 720S might not have things all their own way Down Under at a circuit where SRO’s Asian esports series has never raced.

What’s more, the addition of a third driver per car could also shake up the competitive order at what is arguably the most demanding circuit in ACC. Its narrow, concrete-lined mountain section requires particular finesse and skill to avoid serious damage whilst chasing lap time.

Racing double the distance compared with Monza could also place a greater emphasis on pit strategy. The maximum single stint length remains 65 minutes, meaning each team must stop at least five times. However, the maximum total drive time per driver has increased to 195 minutes (three full stints), while the race’s longer duration allows those five stops to be made in wider ‘windows’ rather than around each hour mark, as was the case two weeks ago.

CAN ANYONE GATECRASH THE ‘BIG THREE’?

Simply put, the Ferrari, McLaren and Mercedes-AMG teams were in a race of their own for most of the three hours before Chen and Rachmat engaged in their thrilling finish.

While JMX Phantom has added Presley Martono to its line-up, Legion of Racers will be hoping Moreno Pratama can propel Dillan Tan and Andika Rama Maulana from third to first. Their Monza victory hopes faded after leading the opening hour, but the crew – featuring this year’s second and third-place Sprint Series finishers – should be back in the frame at Bathurst.

The same goes for two entries that, without various incidents, might also have been podium contenders.

Ahead, Serge Mironenko and Roland Schmid (The Odd Balls, Honda) took an alternative approach to making it as many different manufacturers in the overall top-five. And consistent, mistake-free stints might well prove the best option at a circuit as notoriously demanding as Mount Panorama.

Bentley remain the joint-best represented manufacturer with Mercedes-AMG courtesy of their four cars, while Lamborghini and Porsche also appear on the entry.

At Bathurst entries must comprise three drivers each of whose total drive-time across the three-hour race cannot exceed 195 minutes. 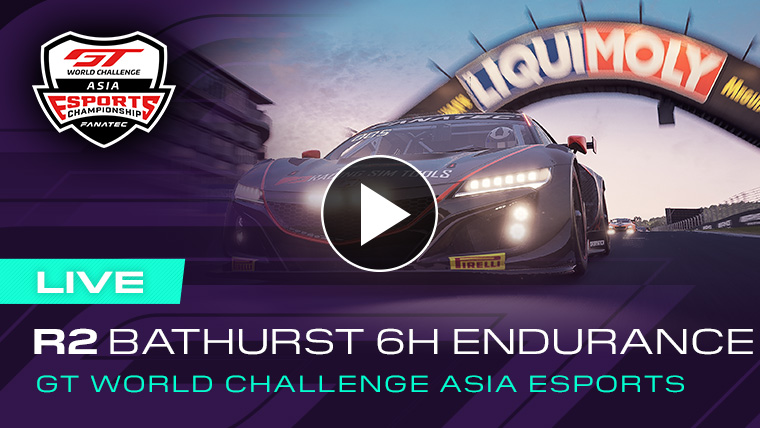